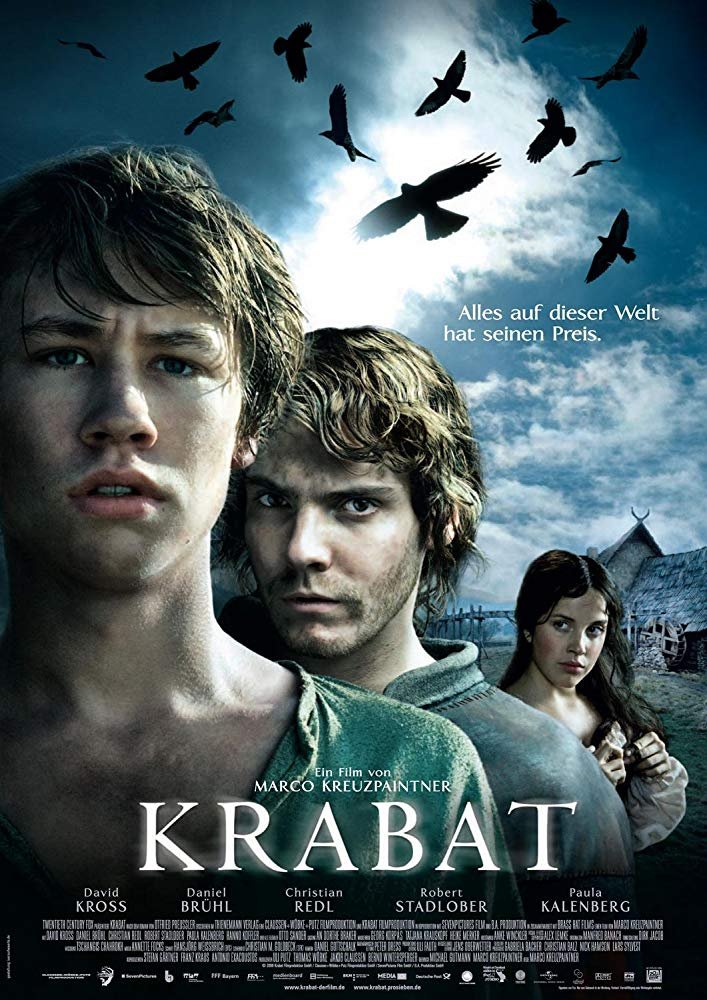 “KRABAT is an ambitious work with an uncanny atmosphere which is maintained throughout. The film also has a strong narrative and remains faithful to its Eastern European roots without trying to steal the wind from the sails of the Harry Potter series.”
From Filmstarts.de, by Jan Hamm.

A voice in a dream lures the 14-year-old orphan Krabat to a mill shrouded in mystery, where he is taken on as an apprentice by a sinister master. Alongside eleven other lads, he finds himself learning not just the miller’s craft but eventually also the arts of black magic. However, this comes at a high price: every New Year’s Eve one of the students must forfeit his life since this is the only way their master, who has made a pact with Death, can extend his own life for another year. Krabat, however, begins to break away from this fateful power struggle. His inner strength, a shrewd friend and the love of a girl help him banish the dark shadows that have long been cast over this place and its inhabitants.