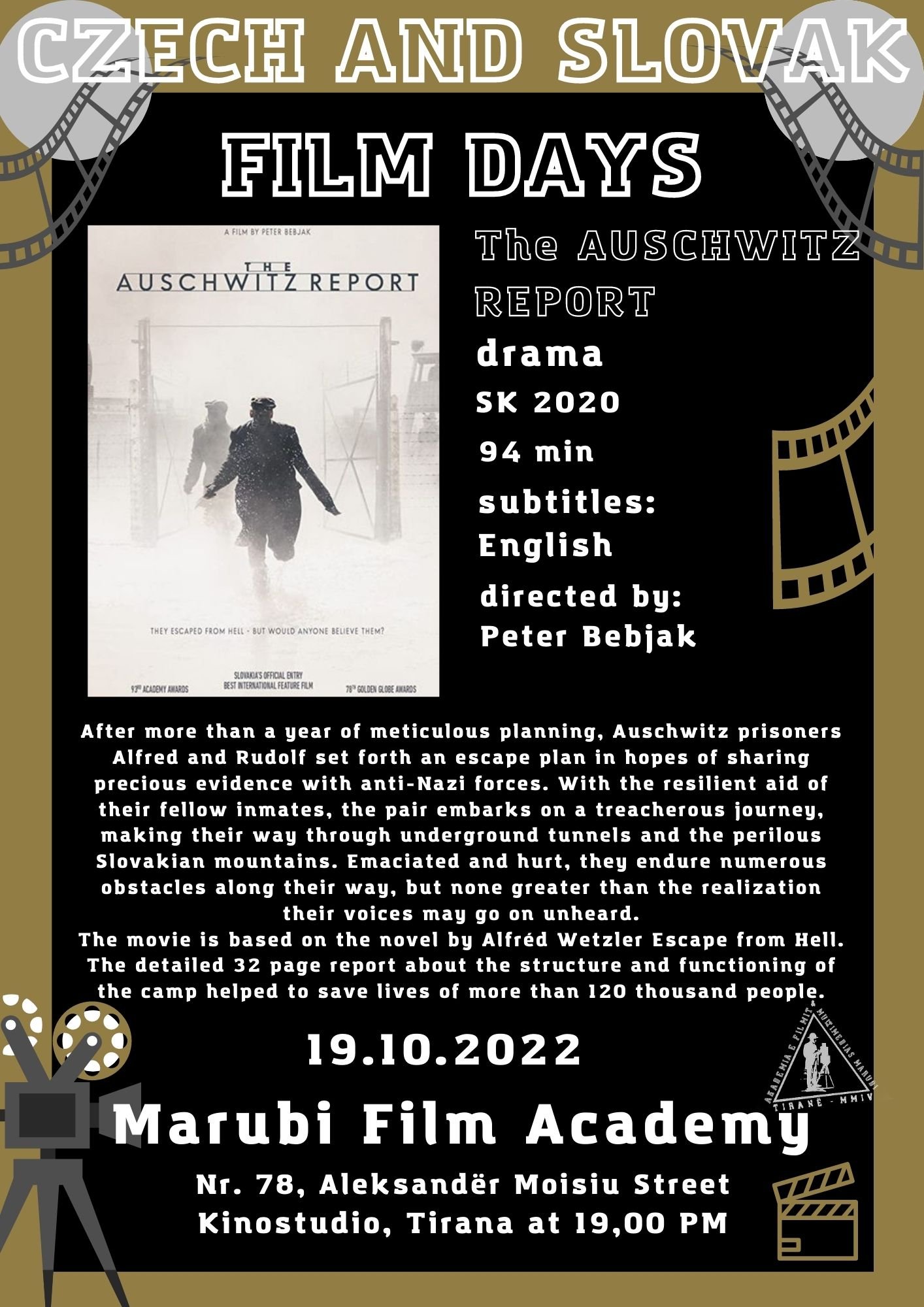 Synopsis: After more than a year of meticulous planning, Auschwitz prisoners Alfred and Rudolf set forth an escape plan in hopes of sharing precious evidence with anti-Nazi forces. With the resilient aid of their fellow inmates, the pair embarks on a treacherous journey, making their way through underground tunnels and the perilous Slovakian mountains. Emaciated and hurt, they endure numerous obstacles along their way, but none greater than the realization their voices may go on unheard.
The film is based on the novel by Alfréd Wetzler Escape from Hell. The detailed 32 page report about the structure and functioning of the camp helped to save lives of more than 120 thousand people.