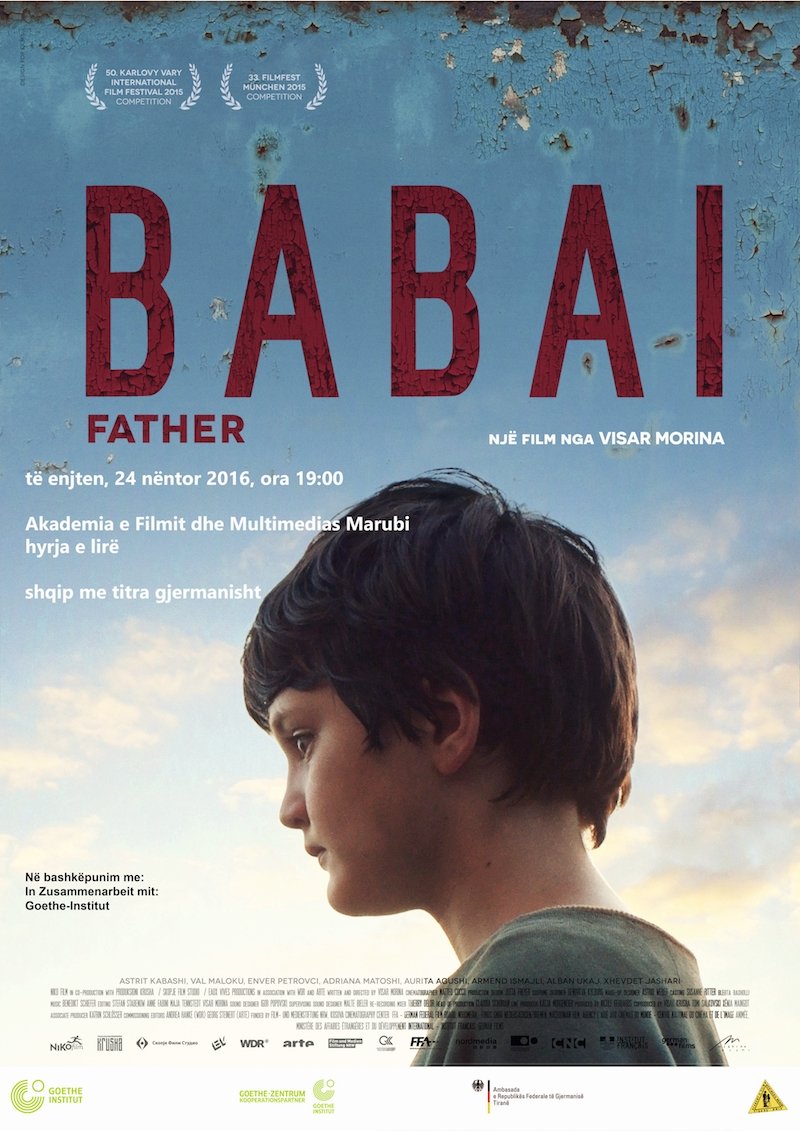 In cooperation with the Goethe Center in Tirana

Synopsis: Kosovo in the 1990s, before the Serbian attack and the war that followed: Ten-year-old Nori and his father Gezim make a living by illegally selling smuggled cigarettes. Gezim is determined to go to Germany, even if this means leaving his son behind with relatives. For a long time, Nori tries to stay with his father, but it’s all in vain. In the end, the boy embarks on a long and dangerous journey to find Gezim in Germany. They’d both imagined the reunion rather differently. A real chance at a better future is not in sight.

This screening is organised in cooperation with the Goethe Institute, the Goethe Center in Tirana and the Embassy of the Federal Republic of Germany in Albania, in the frame of the German Thursday Films program for academic year 2016-2017.