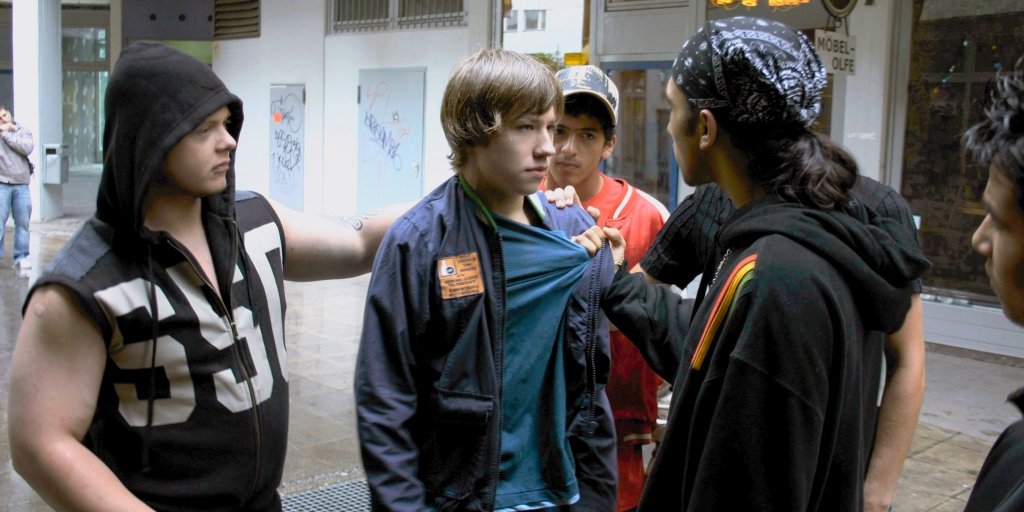 Young Michael Polischka wanders lost yet purposefully through the streets of Neukölln until he enters a police station. Blood clings to his shoe and he proceeds to tell Police Commissioner Gerber his story as the film flashes back to earlier events. On Michael’s fifteenth birthday his mother has a nasty quarrel with her partner. The dispute escalates and a short time later mother and son are standing on the roadside with their suitcases. His mother’s rich lover has chucked them out of his house. He has the money and the power. He graciously stuffs some banknotes in the boy’s hand and asks him not to call him “Klaus” any longer, but “Dr. Peters”. The two castaways “relocate” from the classy neighbourhood of Zehlendorf to Neukölln.

Michael also has to change schools and ends up in a class in which both teacher and pupils have lost all optimism. The proportion of pupils with foreign parents is disastrously high. Exasperation with the hopeless situation leads to aggression and violence. A Turkish boy named Erol and his pal have a habit of blackmailing anyone weaker than them and victimize Michael. Michael looks to his new friends Crille and Matze for help. To get money, the three of them break into Dr. Peters’ villa, making off with everything they can carry. While pawning off the loot, Michael’s unflinching manner catches the eye of Hamal, the head of a drug gang.

Michael’s mother is too busy tending to an ever-changing array of lovers to notice her son’s transformation. She even fails to grow suspicious when Commissioner Gerber questions her about the break-in at Dr. Peters’ house. Michael falls prey to Erol once again; Hamal’s cronies come to his aid and cautiously begin pressuring him. Michael agrees to become a drug runner for the gang, proving reliable until Erol snatches a backpack full of money from him. Hamal seeks revenge, capturing Erol and forcing Michael to shoot him. 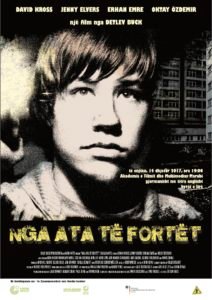