The Zookeeper’s Wife by Niki Caro 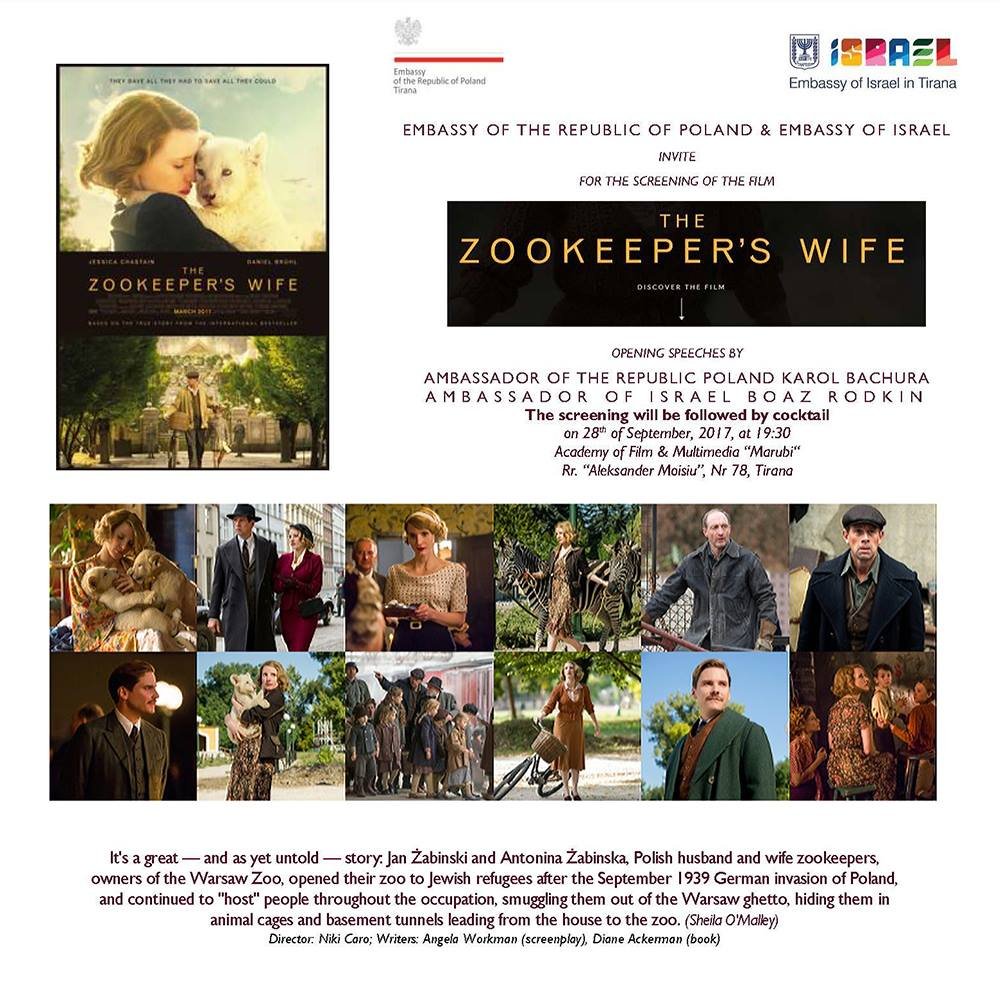 The Zookeeper’s Wife tells the account of keepers of the Warsaw Zoo, Antonina and Jan Zabinski, who helped save hundreds of people and animals during the German invasion.