“The Day I wasn’t born” directed by Florian Cossen

Home > “The Day I wasn’t born” directed by Florian Cossen 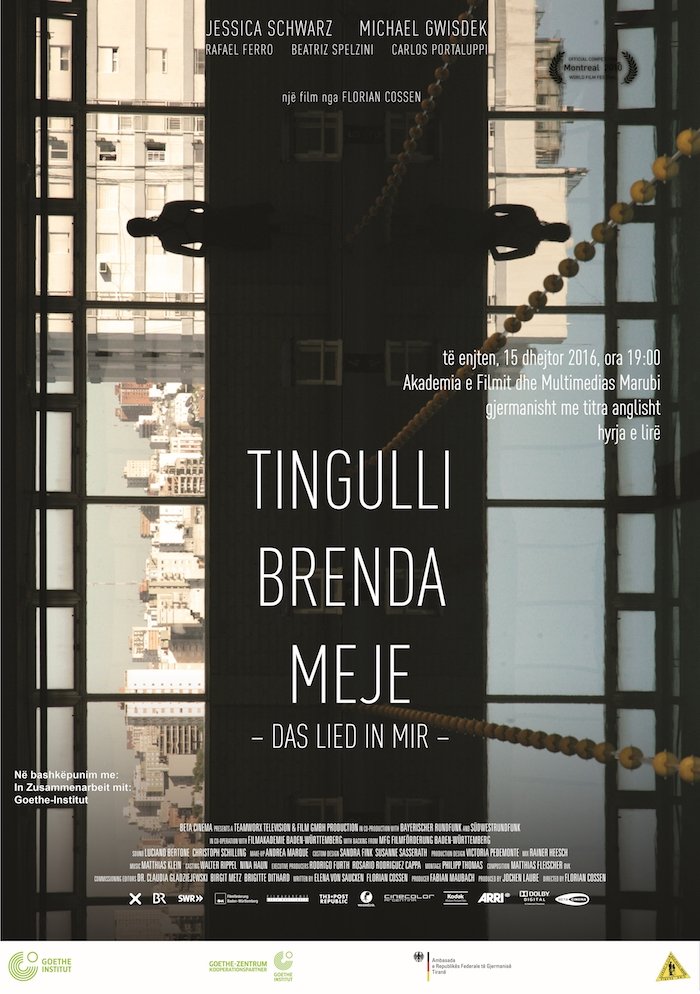 In cooperation with the Goethe Center in Tirana

Synopsis: DAS LIED IN MIR is a complex and meticulous film about the loss of homeland, which at first is not consciously realized. It is about the ensuing identity crisis, the suddenly difficult relationship between a young woman and the man she believed to be her father; about guilt and forgiveness.

Watch the trailer with English subtitles

Florian Cossen intelligently roots the beginnings of his story in the political situation of the Argentinean military dictatorship, but he does not overload his film with an attempt to recreate history. What remains is the effect of history on the present day, and not only on the life of Maria (Jessica Schwarz). Florian Cossen has succeeded in creating one of Germany’s most outstanding debut films of the past few years. He was honoured with various awards, including the FIPRESCI Prize and the Audience Award in Montreal, followed by further awards (in Zurich, Hof and Biberach).

Born in 1979 in Tel Aviv, Florian Cossen grew up in Israel, Canada, Spain and Germany. He worked as an assistant director for film, television and commercial productions. In 2002, he began his studies at the Baden-Württemberg Film Academy in Ludwigsburg. DAS LIED IN MIR was his graduation film at the Film Academy.

In cooperation with the Goethe Institute, the Goethe Center in Tirana and the Embassy of the Federal Republic of Germany in Albania, in the frame of the German Thursday Films program for academic year 2016-2017.