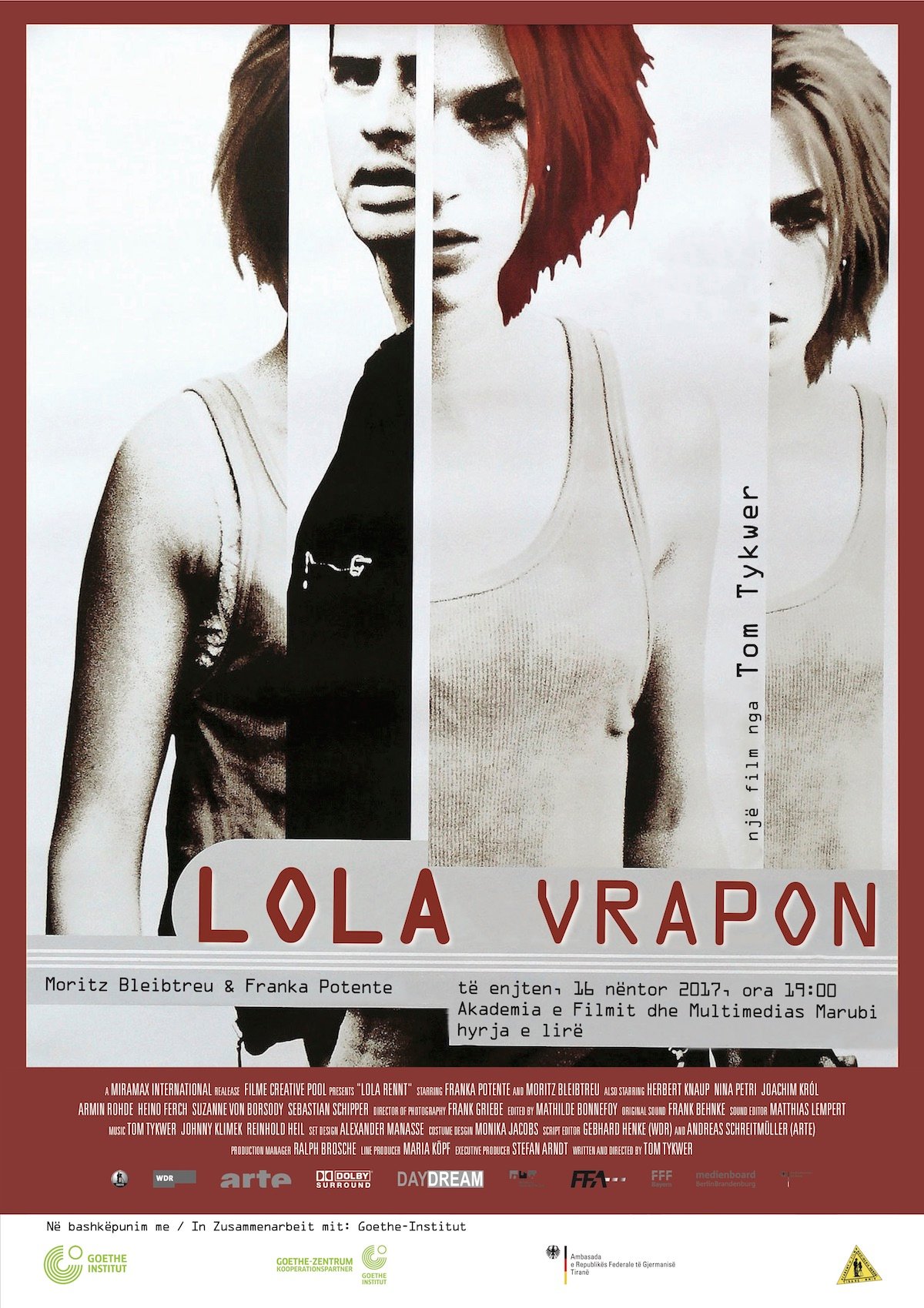 A young man urgently needs 100.000 Marks otherwise he will be killed by a gangster. His girl-friend Lola rushes around madly trying to collect the money and save her beloved. This love story is told by the young Berlin director Tom Tykwer in three versions, each with a different ending. RUN LOLA RUN is first and foremost a film that plays with the means available to the cinema, but also documents a style of life and was one of the most successful German Films to be produced in 1998.