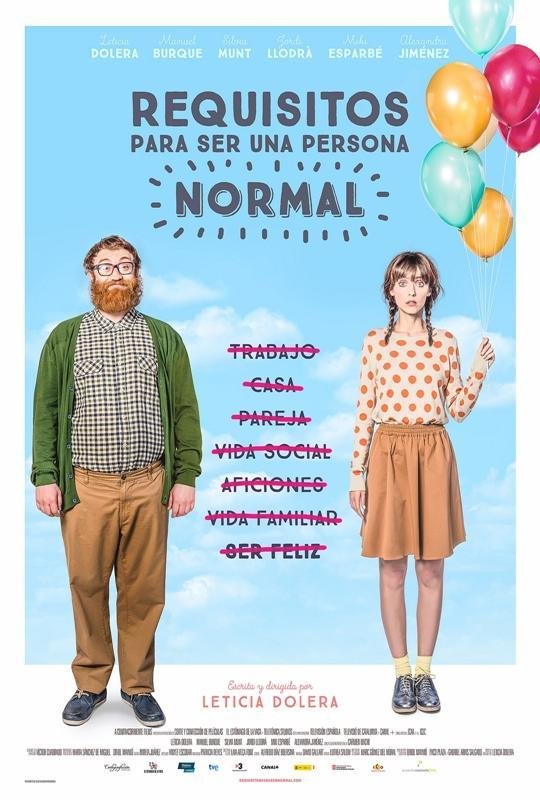 “Requirements to be a normal person” directed by Leticia Dolera

María is 30 years old. She is a peculiar person with one goal: to become a normal person. But first of all, she has to discover what that really means. What kind of person is she? Could she already be normal? So, after listing every trait she deems necessary to be a normal person, she resolves to attain them. During her journey, Maria will be helped by her brother, Alex; a young man with mental disabilities who, surprisingly, already has all the characteristics written in her list. María will also meet Borja, a guy obsessed with losing weight, and they will make a curious pact: she will help him lead a healthier life and he will help her achieve her goal: to become a ”normal” person.