LESSONS OF A DREAM by Sebastian Grobler

Home > LESSONS OF A DREAM by Sebastian Grobler 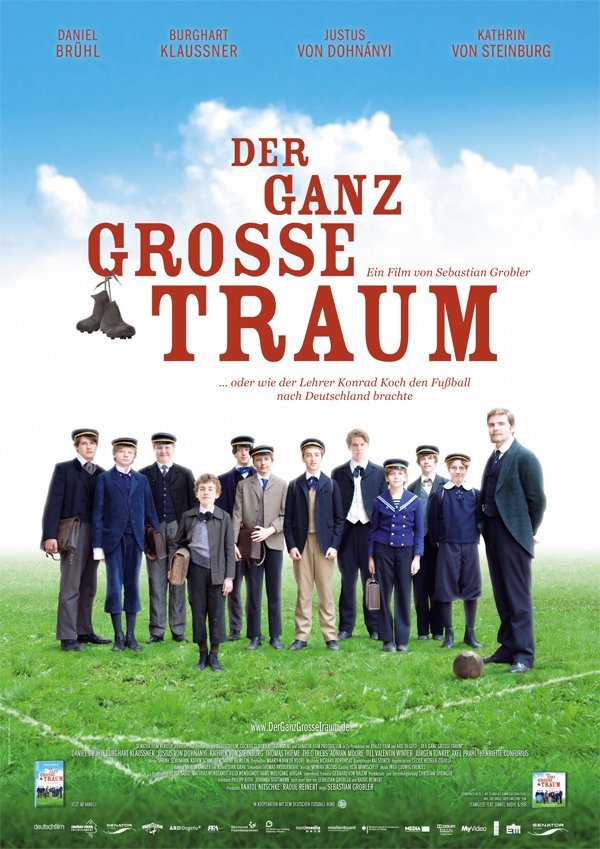 10 Feb LESSONS OF A DREAM by Sebastian Grobler

Based on the true story of the teacher and football pioneer Konrad Koch, “LESSONS OF A DREAM” relates the story of the beginnings of football in Germany, and of a school class that develops into a real team when they are infected with their new teacher’s football fever. Travelling back in time, the story depicts an era in which schools were still places where good breeding and order reigned and football itself (not the hooliganism, as the term later came to describe) was defined as an “English disease” by the media.

It is the year 1874. Football is still completely unknown in Germany at this point in time, and the educational methods in the still young German empire are authoritarian, almost even military. A young teacher enters into employment at the Martino-Katharineum grammar school in Braunschweig. Konrad Koch (played by Daniel Brühl), who had studied in Oxford, is to become one of the first English teachers at a German grammar school. Initially, the teacher surprises the boys at the school, because he wishes to teach them the joys of learning a new language, rather than impart discipline and tough punishment. He only manages to do this because he has not only brought along grammar and vocabulary from the island, but also a ball – a football, to be more precise. In the gym hall, the boys are drilled on the vocabulary that goes with the rules of the game: left, right, move, shoot or goal, for example. And it is not only the teaching of specialist terms in a modern language that comes across as almost revolutionary; it is also the fact that the youths are not given physical exercises on the horizontal bar or the rings to train their posture, but are allowed to playfully run after a ball.