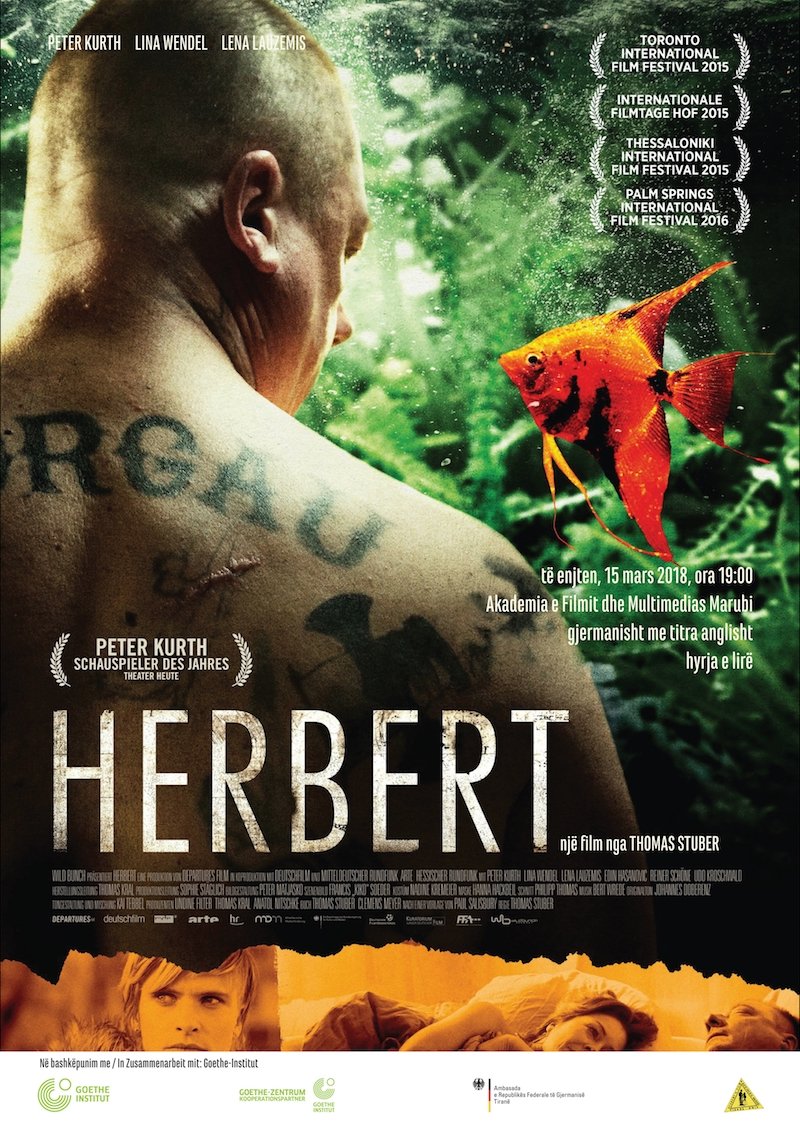 Herbert Stamm, once famous as “The Pride of Leipzig”, left his greatest successes as a boxer behind him long ago. Now he earns his keep as a debt collector and bouncer while, on the side, he trains young, hopeful boxer Eddy. Herbert’s daughter hasn’t seen him for years, and he keeps his girlfriend at arm’s length too. He ignores the first signs of a serious illness until a diagnosis catches up with him: the gigantic man is suffering from ALS, an incurable disorder of the motor nervous system that is advancing relentlessly. Herbert tries to put the ruins of his life in order in a timely fashion.

HERBERT tells the story of a former boxer still struggling hard through life following his sporting career – but it goes way beyond the “boxing film” genre. It’s the story of a man on the fringes of society. To begin with, he is in constant motion, restless and ready for violence. The director emphasises this agitation with extensive use of hand-held camera and rapid edits. Light is used sparingly, scenes appear gloomy for a long time, and the dull colours are reminiscent of of Orwocolor, the material that the DEFA – the GDR state-owned film studio – used for their colour films. Only towards the end, as Herbert approaches his death, do the images become brighter, friendlier and slower. The production also owes its intensity and credibility to lead actor Peter Kurth, who, in 2016, was awarded a German Film Prize for his role, while HERBERT picked up Best Feature Film.