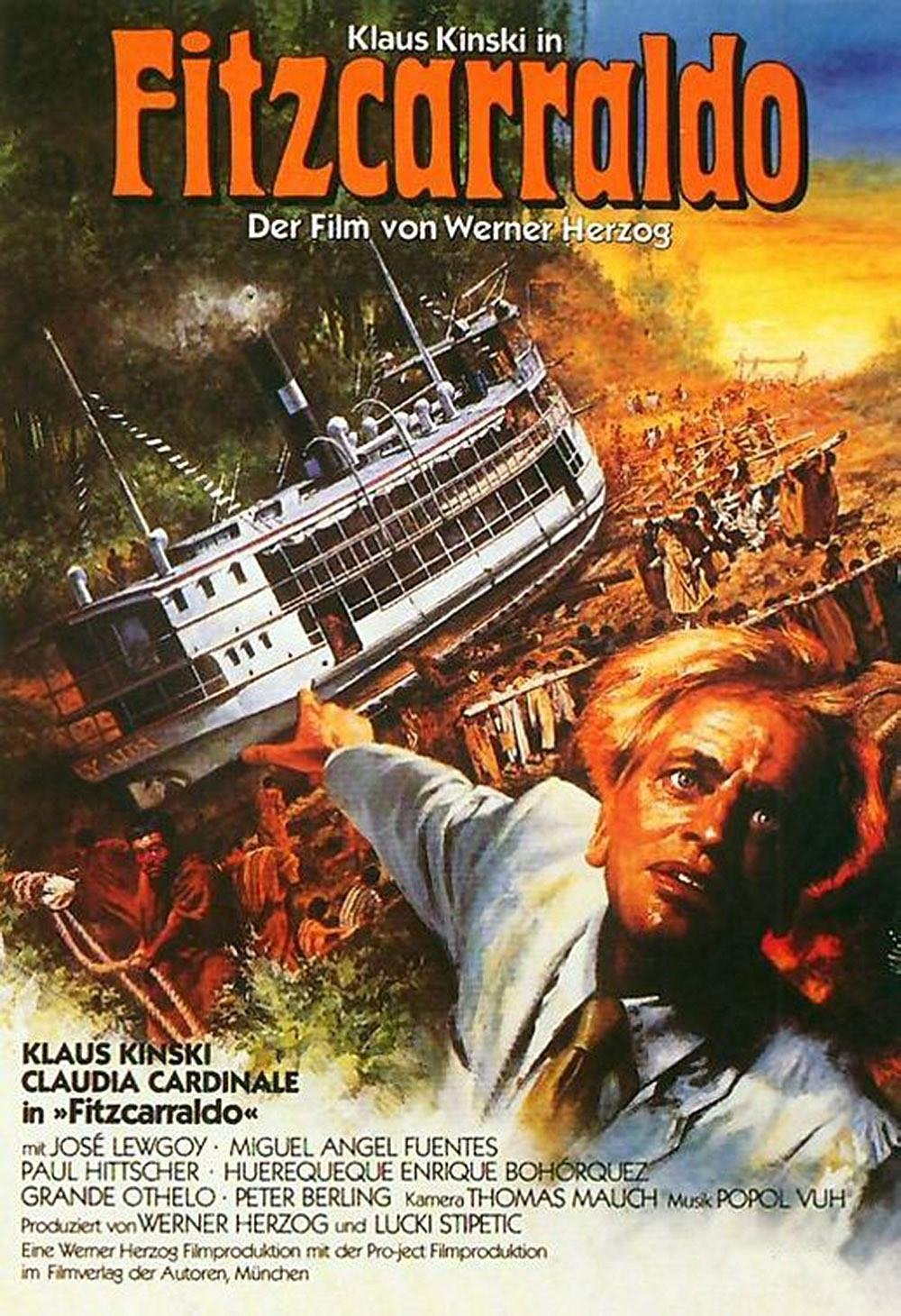 01 May FITZCARRALDO by Werner Herzog

In English with German subtitles

The film begins with a fictional appearance by Enrico Caruso in the real opera house at Manaus, which was built shortly before the turn of the century in the jungle — at the time of the great rubber boom. Caruso’s voice, ringing forth from records, is present throughout the entire film.

Fitzcarraldo, an eccentric by the name of Brian Sweeney Fitzcarraldo, is a monomaniacal dreamer, with a bold dream, the dream of creating his own opera in the jungle. The nouveau riche millionnaires in the Amazon region show an arrogant lack of understanding for his gramophone music, but the poor children in Iquitos love him and his music; for a long time he had sought in vain to find someone to finance his project and h only received support from Molly, the owner of a high-class brothel. Now Fitzcarraldo takes a steamship up a tributary of the Amazon, in order to reach the rubber region, which is actually inaccessible, the only reason why he was given the rights to use the land. The profits are to help finance his dream of a jungle opera.

As Fitzcarraldo, abandoned by most of his crew, gets into an almost hopeless situation in an untouched region inhabited by the native Indians, Caruso’s arias echoing in the jungle fascinate and placate them. They view the ship as a mythical object, supposed to help rid them of the curse that lies over the land. They thus support Fitzcarraldo and his basically absurd project. Since the river, which would lead directly to the rubber region, has become impassable due to violent currents, the dreamer tries to get there via another tributary of the Amazon — yet to do so the ship first has to be transported over a mountain. After many trials and tribulations he succeeds, but objectively, the undertaking ends in a catastrophe. Fitzcarraldo is once again financially ruined – but he turns the failure into triumph and in his own way realizes his dream of a great opera in the Amazon jungle in Iquitos.