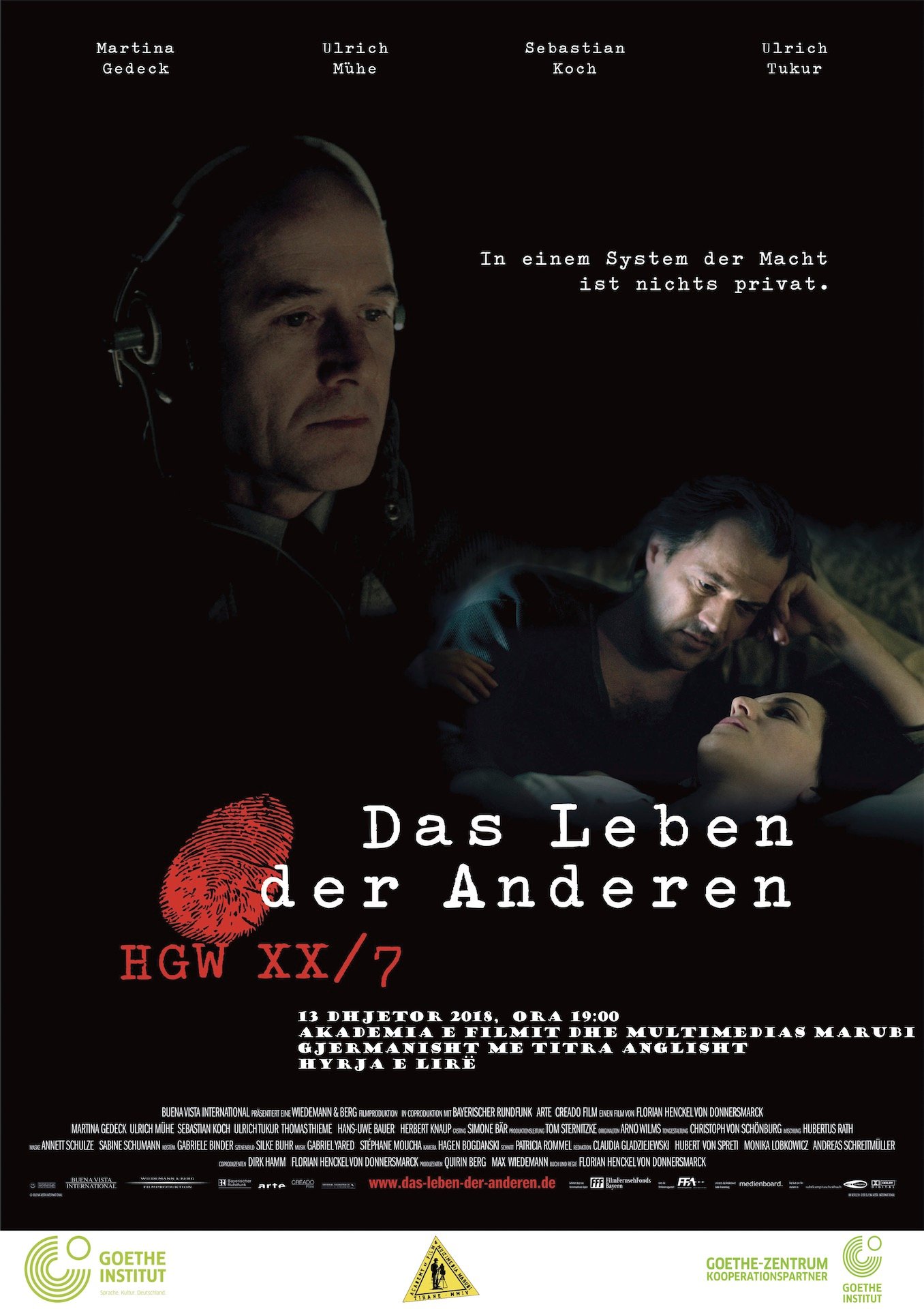 Das Leben der Anderen
(The Lives of Others)

In 1984 East Berlin, an agent of the secret police, conducting surveillance on a writer and his lover, finds himself becoming increasingly absorbed by their lives.

The film received 77 Awards and 35 other nominations in Festivals, including the Academy Award Oscar for Best Foreign Language Film of the Year 2007,  the BAFTA Award Best Film Not in the English Language in 2008, the César Award for Meilleur Film Etranger 2008, etc