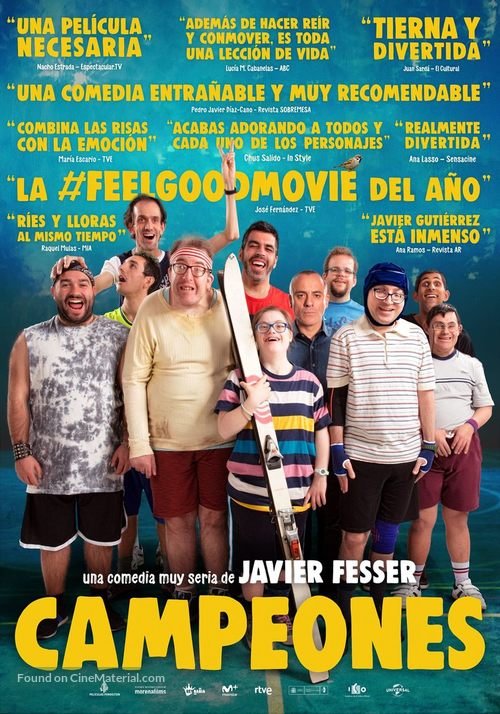 A story about a Spanish basket League coach with emotional disabilities sentenced to training a basketball team whose players have a range of learning disabilities.

Marco Montes is a basketball coach who works as second trainer of an important team of ACB (Spanish basketball national league), but in reality he is a man burned inside himself in his professional life as well as personal life, turning him in an arrogant and bad-mannered man. During an ACB’s game, a discussion with the first trainer causes an incident and he’s fired out from the stadium. Just later Marco, completely drunk, crashes unwittingly his car against a police car, being arrested. In the trial the judge makes Marco to decide: go to the jail for 2 years or passing 90 days making community services. Reluctant, Marco is forced to training a basketball team called “Los Amigos” (The Friends) formed by the mentally disabled players Manuel, Paquito, Jesús, Sergio, Fabián, Juanma, Benito, Marin and Collantes, and helped by old Julio, social center’s director where they meet. At the same time that Marco tries to save his marriage with Sonia, a woman tired of his excuses about to have a child that she wants it at any cost, Marco meets the team and he starts training them, but the troubles increase after Julio tells him that Los Amigos has been accepted to participate in the Paralympic national league’s competition. Noticing of all difficulties to get a team capable to win the league, Marco feels frustrated, and the relation with Sonia suffers. Therefore, the lighthearted of the team and their natural goodness make that Marco questions not only is life situation, but the way he behaves with people and the real things of the life. With the unexpected help of own Sonia, Marco finds himself looking for redemption, and looking to turn Los Amigos in the champions that he knows all they are.